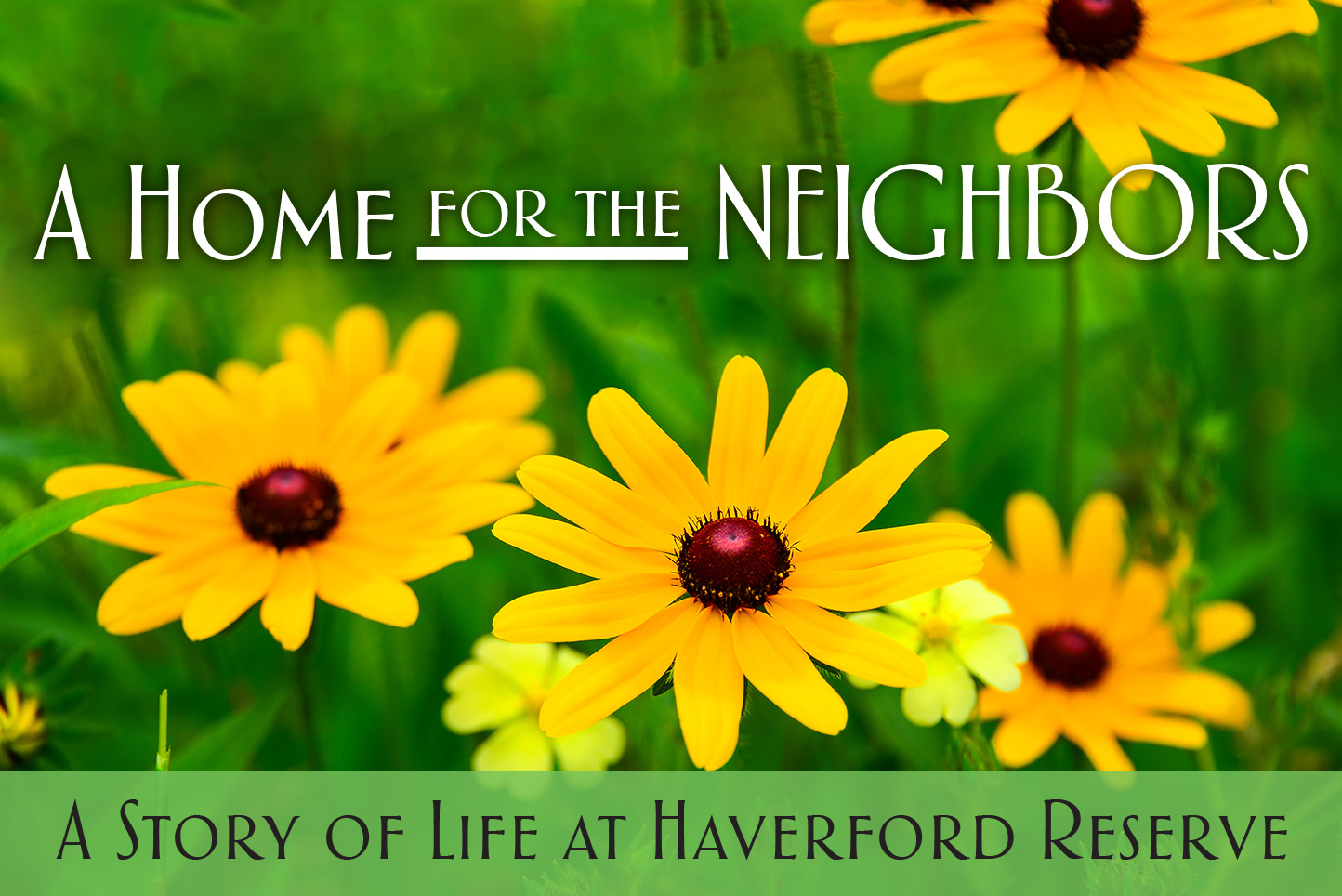 A Stroke of Luck

How a neighborhood came together, and friendships bloomed.

Maxine:  Our neighbor Dennis is quite a guy – successful entrepreneur, an accomplished horseman, and a terrific gardener. He and his wife Linda were the ninth buyers at Haverford Reserve. Bob and I were the eighth. We met soon after, and have been dear friends since.

One day, Linda called to say that Dennis had passed out at the gym. Bob, a physician, went right over and took him to the hospital, where they discovered a broken artery in his brain. When we visited Dennis after his surgery, he was barely functioning.

Dennis:   I basically spent two months staring at the ceiling. My beautiful wife would come in every day and lie next to me.

Linda:  When Dennis finally returned home, he had lost 80 pounds. He had always been a serious athlete. Now he could hardly stand.

Maxine:   Word spread quickly throughout the Reserve that Dennis was recovering from a stroke. I can’t even name all of the neighbors who came by.

Linda:    Neighbors would drop by the house every day and ask “Does Dennis want to go for a walk?” And they kept coming back until he was strong enough to begin his recovery. They took him for walks...brought him food...sat and talked with him.

Dennis:   Bruce would drive me to the Rec Center and we'd walk the track together. He even sat down with my checkbook and paid the bills for me.

Maxine:   Some of us were always there. It felt like one big family.

Dennis:   I remember waking up and there were 4 doctors around my bed discussing my case. They were all my neighbors! I felt so fortunate to have such incredible friends.

Linda:    After a few months, Dennis was able to start building himself up, and found a great trainer.

Linda:    I think you helped each other.

Maxine:  But wait... I haven’t told you the best part. One afternoon, I came home and said to Bob, “Did you see the row of flowers around our flowerbed? I don’t remember planting them.”

Bob says, “You must have. You just forgot." But that didn’t ring true. I was stumped.

About a month later, Dennis and I were chatting and I started wondering out loud why certain people got flowers. Seeing my consternation, he finally confessed. Without a word to anyone, Dennis had planted row after row of perennials at the homes of the neighbors who helped him.

Dennis: I wanted to thank everyone who'd been so kind to me.

Maxine:  Never told a soul. What a guy. And now, he's teaching handicapped kids to ride horses at an Equestrian Center.

Dennis:  When you see kids who spend their days in wheelchairs sitting seven feet tall, the look on their faces is all the thanks I need.
‍
Linda:    I’m grateful to live in such a good-hearted community. I couldn’t ask for more wonderful neighbors.

Dennis:  Now when I walk through the neighborhood, I see even more of the black-eyed susans I planted. They keep growing…like our friendships.

Check back soon for more events. In the meantime, visit our Facebook page.

From visionary land planning to a maintenance-free lifestyle, every detail has been thoughtfully designed to create a Main Line community unlike any other.

You can email us at Sales@HaverfordReserve.com

To learn more, or to schedule a private tour, please complete the following.

Thank you! Your message has been sent. Someone will be contacting you shortly.

Oops! Something went wrong while submitting the form